Reasons Why You Should Invest In Coconut Farming 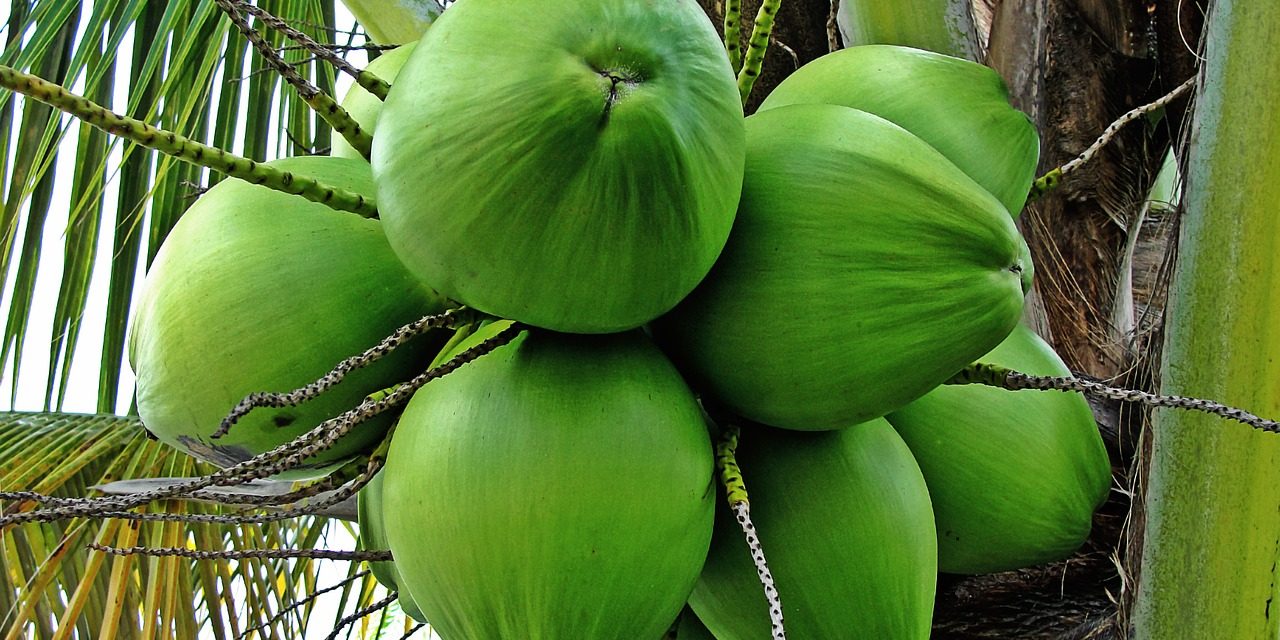 Among the different members of the palm family, the Coconut tree is acknowledged as ‘tree of life’ or ‘Kalpavriksha’ because of the endless products derived from its various parts and that contribute to people survival on earth.  Botanically, Coconut tree is known as Cocos nucifera. The term Cocos Nucifera is derived from the 16th-century Portuguese and Spanish word coco meaning “head” or “skull”, from the three indentations on the coconut shell that resemble facial features of a monkey.
The coconut palm excels in the tropics, notably the Philippines and Indonesia closely followed by India and Brazil which combined, account for approximately 80% of the world’s coconut production. Coconut is grown in over more than 80 countries worldwide, but the truth is the majority of the world’s inhabitants have not exploited its full benefits and potential. No doubt, Coconut tree is one of the most valuable crops in India.
The value-added products from coconut include coconut water, coconut oil, virgin coconut oil, coconut meat, coconut milk, coconut desiccated powder and coconut flour.

First flowering within 24 months after planting

Coming to the global demand for coconut

In the last decade, the demand for coconuts has grown exponentially to 500%. During the same time, coconut got its biggest marketing boost yet. With a series of celebrity endorsements, it has been re-launched as a “superfood” to the global market.This has been linked to most of the benefits highlighted earlier. For instance, coconut oil and water are in high demand by companies in Europe and other developed countries that rely on the tree to produce natural products such as soaps, toothpaste among others.
The demand for coconut products such as Coconut water and Virgin coconut oil has skyrocketed during the last decade mainly due to their recently discovered health benefits.
Virgin coconut oil is the oil extracted from the coconut without the application of heat. Extracted directly by cold compression of fresh dried coconut meat, Virgin Coconut Oil is rich in antioxidants and medium chain fatty acids.
The global virgin coconut market has been forecasted to grow at a compound annual growth rate of 9.8% over the period of 2016-2024. While the global virgin coconut oil market accounted for USD 2.1 billion in 2016, it is anticipated to deliver USD 4.2 billion by 2024.
April 6, 20182 Comments
Share this article
Share on FacebookShare on Facebook TweetShare on Twitter Pin itShare on Pinterest Share on LinkedInShare on LinkedIn Share on WhatsAppShare on WhatsApp