Coconut cultivation and its importance 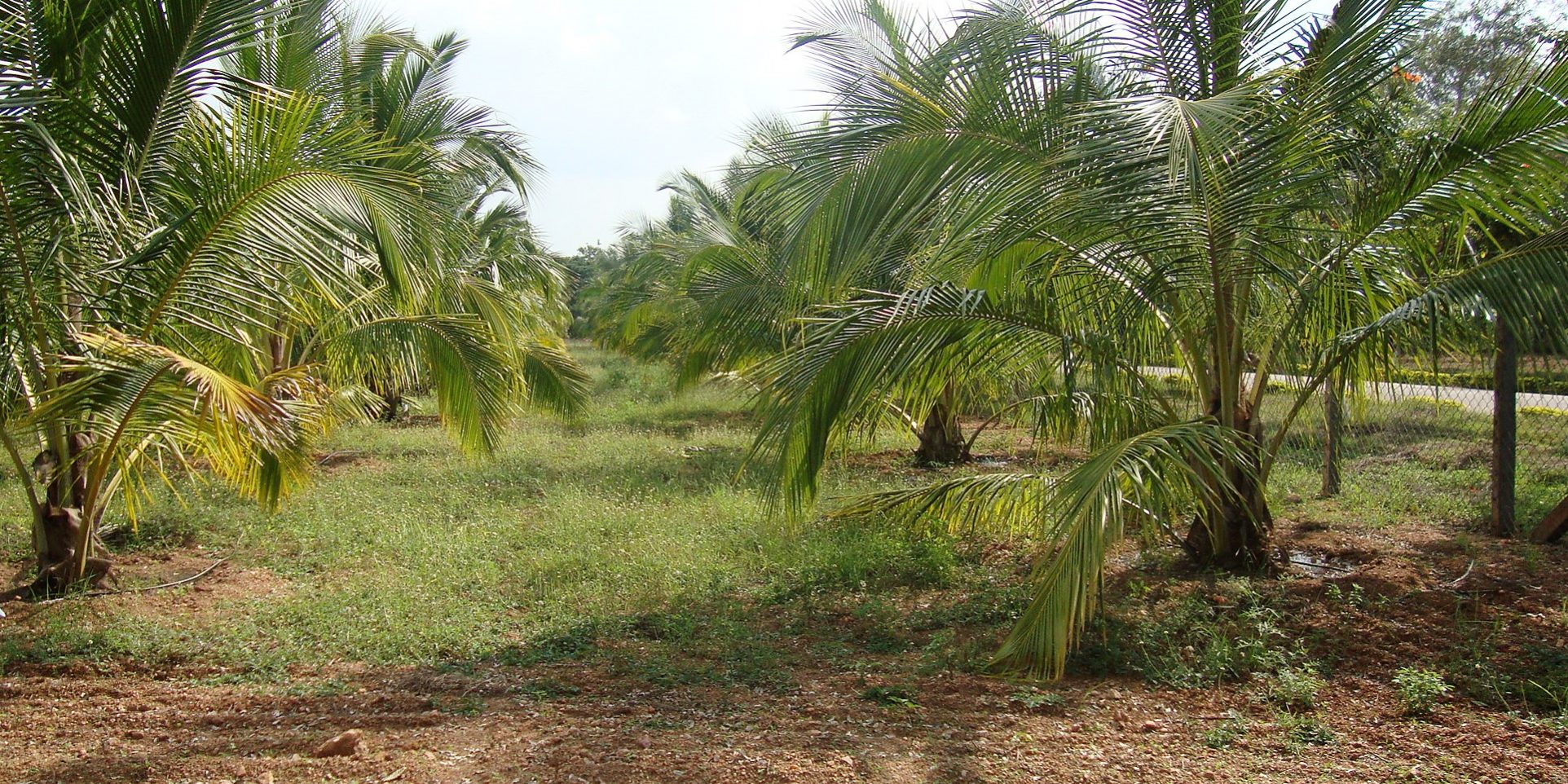 Coconut plays a significant role in the agrarian economy of India. Coconut is a crop of small and marginal farmers since 98% of about five million coconut holdings in the country are less than two hectares. In the west coast of India, the palm is an essential component in the homestead system of farming. While there is a concentration of coconut plantations in the coastal regions of the country, it is also grown in the hinterlands where the agro-climatic requirements of coconut cultivation are met.

Apart from the importance of copra and coconut oil which is widely used in the manufacture of soaps, hair oil, cosmetics and other value-added & industrial products, its husk is a source of fibre which supports a sizable coir industry. The tender nut supplies coconut water, a popular thirst quencher of health and hygienic value. The tender coconut is witnessing a surge in sales in the country.

Neera is a delicious natural non-alcoholic beverage, extracted from the spathe or the immature flower spike of coconut trees. It is sweet and high in nutritional value. Neera is fast becoming a popular drink. It contains acids like ascorbic acid (a form of vitamin C), nicotinic acid (Vitamin B3 and vitamin PP) and riboflavin (vitamin B2). Its BRIX level is 16 [sugars] compared to 12 in sugarcane juice. Neera has a low glycemic count at 35 compared to cane sugar or sugarcane juice that has a glycemic count of 80.

Virgin coconut oil (VCO), extracted from fresh coconut kernel using the cold press method, that produces the finest and purest grade coconut oil with maximum retention of nutrients, vitamins, minerals, and anti-oxidants, thus making it the ‘mother of all oils.
The global virgin coconut oil market captured significant revenue in 2016 and is expected to expand at a CAGR of around 11% over the forecast period. Virgin coconut oil is predicted to experience high demand from consumers with higher health consciousness and as well as aging population.

Scope for Coconut Cultivation and its National Importance

Coconut is grown in more than 90 countries of the world and Indonesia, Philippines, India are the major producing countries of the world. Coconut is grown in more than 20.88 lakh ha in the country with an estimated 22167.45 million nuts during 2015-16 with an average productivity of 10614 nuts per ha. Traditional areas of coconut in India are the states of Kerala, Tamilnadu, Karnataka, Andhra Pradesh, Orissa, Goa, West Bengal, Pondicherry, Maharashtra and Islands of Lakshadweep and Andaman and Nicobar. However, several states like Assam, Gujarat, Madhya Pradesh, Bihar, Tripura, Manipur, Nagaland and Arunachal Pradesh have emerged as non-traditional areas for the cultivation of coconut.