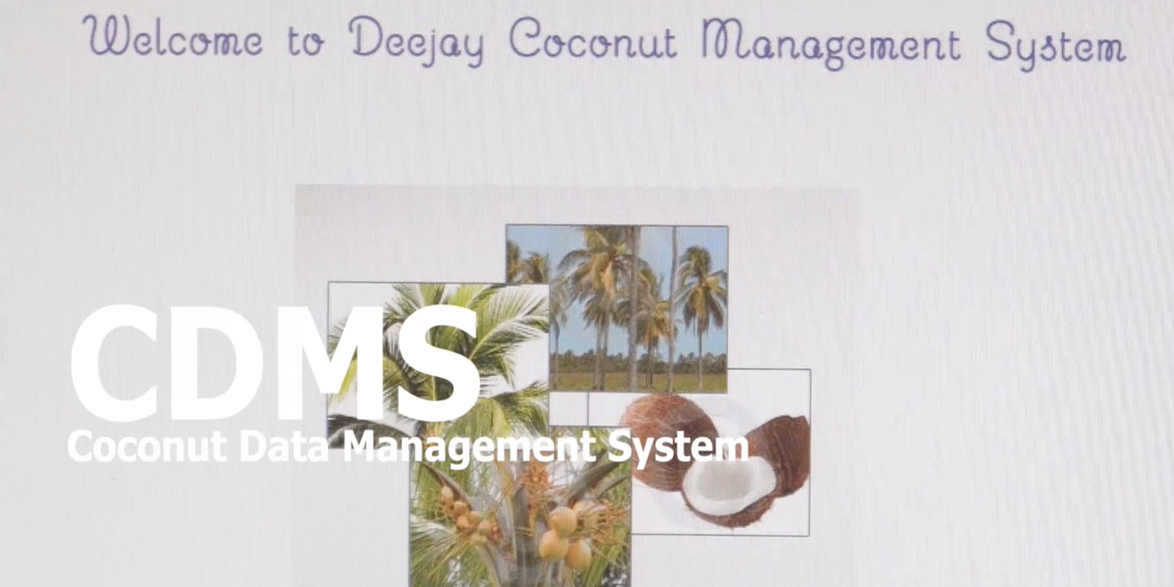 We in Deejays believes that a sale is not complete until the Farmer gets the anticipated benefits from the coconut hybrid he buys from us. We also believe that the zenith has not been reached with regard to Coconut Breeding and we must constantly work at improving our hybrid.  Hence we have started a continuous improvement program of our Mother Palms, called CIP.

Every year, almost every month, we identify  5% of the poorest producers among the Deejay Dwarf Mother Palms. The computer selects these less productive Dwarfs, on the basis of their average production over a period of 6 years, and they are culled.  Unfortunately, many in their prime of life, but with lesser productivity, have to be cut down after much has been invested in them.  These are replaced by pedigreed Deejay Dwarf seedlings, of the highest and the best pedigree and productivity. To produce these seedlings, a highly intensive program is put into place.

The computer, 18 months earlier, had selected just 2% of the very best producing Deejay Dwarf Mothers, based on an average of their 6 years production. These 600 seedlings are then scrutinized individually for several characteristics. Here are some of the factors:

Just a third of the 600 mother palms i.e. 200 palms are selected on the basis of the above characteristics. Just 20 of these 200 are designated as father palms each with a family of approx 9 super mothers. These 20 are the best super high yielding fathers which will become 50% of the entire next generation of genetics, with the 190 super mothers making up the remaining 50% of the genetic capability of the Pedigreed Deejay Dwarf Mother Palms.

The cost to Deejay is very high. 20% of each Deejay breeding estates will not be in production, i.e. 20% lesser income and turnover, with this CIP. All in Deejay believe that nothing but the best must be produced to ensure the farmer, who will plant his coconut palms just one in his lifetime, will get nothing but the very best productivity. Proudly the Deejayite says that with regard to coconut farming, “Good is not Good, when the best is available.”

Here is the video which explains the Continuous Improvement Program in detail.

Various products made from the natural coir
November 14, 2019