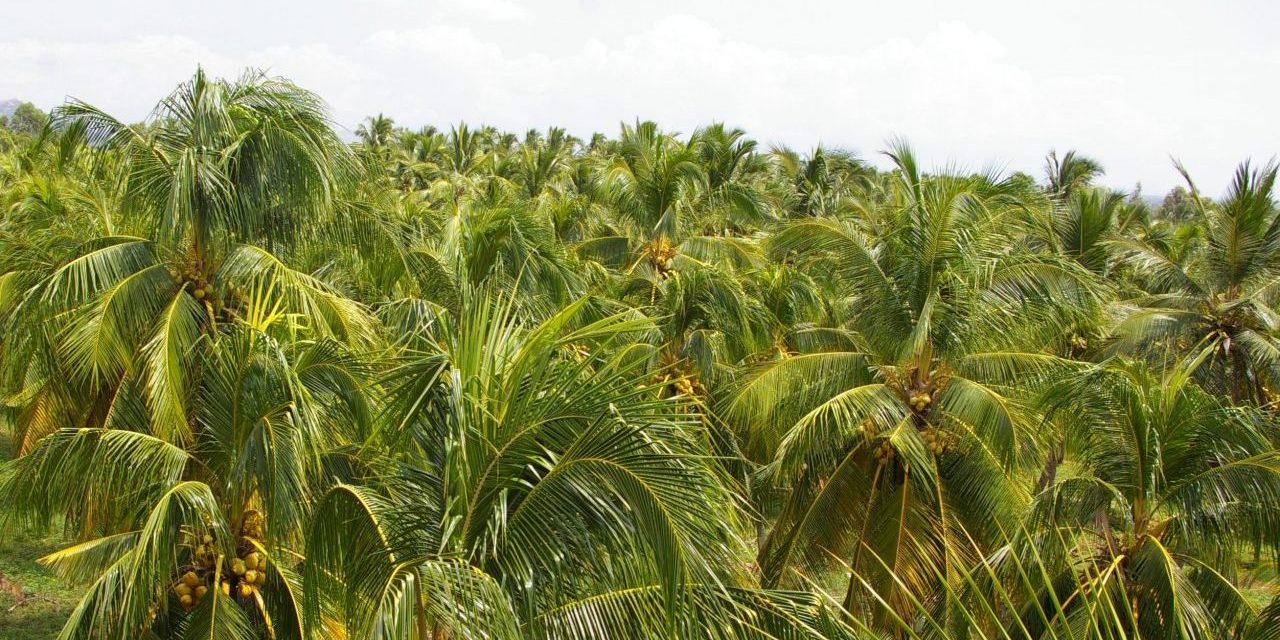 Carbon sequestration is the process of removing carbon from the atmosphere and depositing it in reservoirs. Basically, it is the process of capturing of atmospheric carbon dioxide and storing it to mitigate global warming and climate change.

Earth is getting more warmer than ever, the reason is human activities. Human activities have caused an imbalance in the natural carbon cycle consequently greenhouse effect and global warming came into being.

The Coconut tree being a perennial plant has an extremely high carbon sequestrating capacity. Coconut plantations are good candidates for ‘clean development mechanism’ according to published reports (Ref: presentation of Saverino S Magat of Philippines)

Going by published statistics, an estimated two million Deejay Hybrid adult coconut trees and another 0.5 million trees in the growing stage, achieve carbon sequestration of over 7 lakh tons of carbon per year. This is a recurring factor year on year.

With the present production of about half a million hybrid seedlings every year, Deejays contributes an additional annual capacity of 1.67 lakh tons of carbon sequestration year on year.