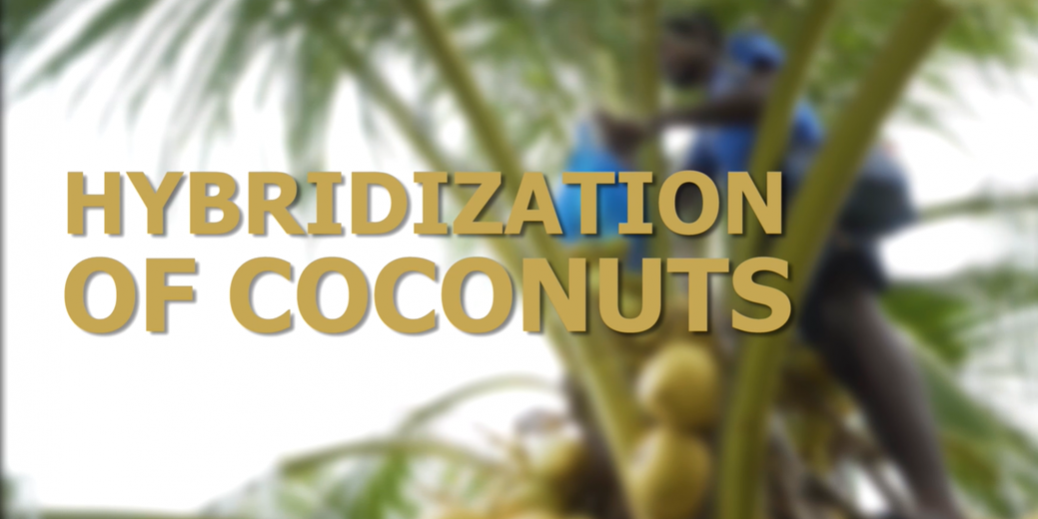 The Coconut Palm is today considered one of the best and most productive producers of food. The new high productivity hybrids are getting recognized as the highest produce of food per acre, food that is perhaps the healthiest in the world, with excellent water utilization efficiency, carbon sequestering capabilities, and the best return from the land compared to any other plant.  This high productivity palm could be destructive to the cane sugar industry and the dairy industry and a great producer of renewable fuel, perhaps the best in the world.  Some experts consider the high productivity Coconut Palm as an excellent answer to feeding the world’s growing population.

How did this miracle happen? Through the simple process of hybridization discovered by one man. Gregor Johann Mendel was a scientist, Augustinian friar and abbot of St. Thomas’ Abbey in Brno, Margraviate of Moravia. Mendel was born on July 20th 1822 in a German-speaking family in the Silesian part of the Austrian Empire and gained posthumous recognition as the founder of the modern science of genetics which includes hybridization. [Wikipedia]  Hybridization is the process of crossing two genetically different individuals to result in a third individual with a different, often preferred, set of traits. Plants of the same species cross easily and produce fertile progeny. The coconut hybrid generally means a cross between a Dwarf Palm with a Tall Palm and their reciprocal crosses.  Occasionally a poor performing hybrid is the result and is discarded.  Hybrid vigor is generally found in the new hybrid which results in better performance, more disease resistance, and greater versatility. The Challenge is to produce the best hybrid in productivity, disease and pest resistance, drought and adverse climatic changes.

Most scientists and research stations cross one variety with another variety of coconut palm.  Various hybrids have been produced in the form of D x D,  D x T, T x D and T x T where either the Dwarf palm or the Tall palm is either the mother and/or the father.  Crossing two different varieties of Dwarfs gives you a DxD hybrid and two varieties of Talls gives you a TxT hybrid.

Deejay has synthesized a new Dwarf called the Deejay Dwarf which they believe is the best possible mother,  not in yield of seed nuts, but in the production of a hybrid that has the genetic capacity of excellent if not the highest yield of any variety.  In fact, the Deejay Dwarf, being an inbred pure line, is extremely finicky, reacting to the slightest management and environmental change.  Being inbred, it is weak and reactive yet has the genetic production of the highest productivity.  Its characteristics of early flowering, high productivity, large nut size, think husk, is transferred to the hybrid.  This hybrid, called the Deejay Sampoorna starts yielding in the third year, [compared to 7 years in the Tall], yielding over 250 nuts per palm per year [compared to 80 in the Tall] with a dehusked nut size of 600 grams, [compared to 400grams].

The accompanying video, shows the process of hybridization.  It starts with the early opening of the spathe in the mother Dwarf palm manually, [the flower spike that comes with every leaf], the removal of over 10,000 male flowers – each and everyone –  to prevent illegitimate seedlings being produced, – leaving only the rather tender and immature female buttons on the flower spike.  The pollen collected from chosen Tall palms is transferred by hand to the female buttons when they are receptive. The buttons become receptive over a period of two to three weeks, necessitating the climbing of the palm almost 15 times a month. A year later the mature nuts are harvested, produced by a Dwarf and fathered by a Tall – a hybrid.  As one cannot control the bees and the butterflies, between 20 to 30 of the hybrids produced may be illegitimates i.e. not the desired hybrid cross.

Deejay goes a step further. Deejay has collected and computerized the records of about 30,000 Deejay Dwarf Palms.  Milestones of their growing period and they productivity every month from the day of their planting is recorded. This very valuable information is used in the selection of the Grand Mother Palms [just 1% of 30,000] based on their last 6 years average productivity and many other phenotypic characteristics. The Grandmothers are truly the crème de la crème.  They produce mothers with superior genetic capacity. These mothers are planted in new Dwarf Mother gardens and replace 5% of the poorest producing and aging Mother palms in existing breeding gardens. The result – continuous improvement of the Mother gardens in the Deejay Group. This continuous improvement of the genetic capacity of the Deejay Dwarfs results in a continuous and steady improvement year on year in the hybrids to the advantage of the farmer.  With approx. 20% of the breeding gardens always being juvenile palms, results in a huge increase of cost for the Deejay Group. The Deejay Group believes that it is worth it, for second best will not do for the farmer, as he will plant his coconut palms only once in his lifetime, He better than we, know that  Good is Not Good when the Best is available.  Deejay’s Goal:  Produce the Best.