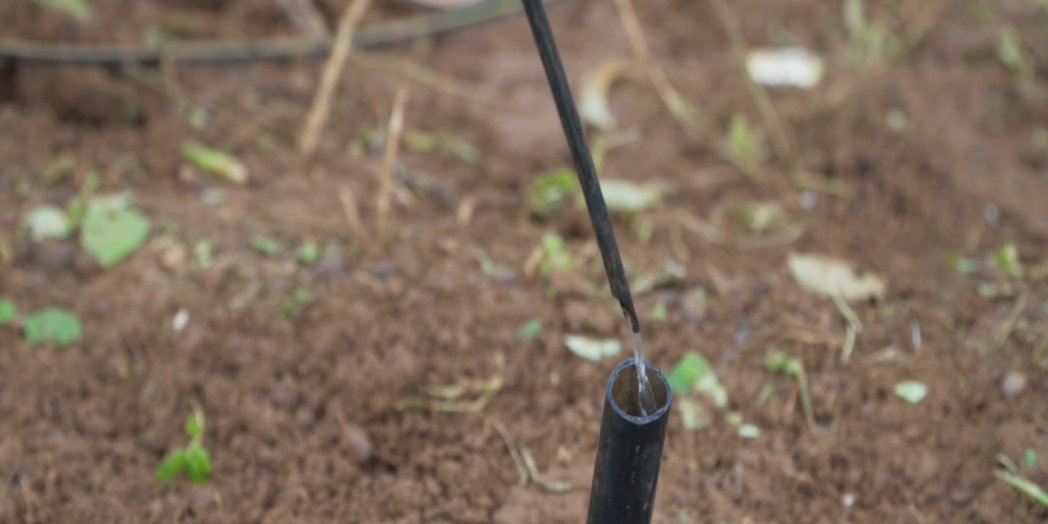 Climate change & altered weather patterns, their extremities, and soaring temperatures around the world are leading us all towards an impending water crisis; everyone concerned is making their contribution to efficient water management. Deejay in its effort to promote more efficient, low-cost irrigation systems has developed a simple and affordable water management system, “Deejay’s Effective Irrigation System – DEIS”.

At Deejay Coconut Farm we believe that it not only makes good commercial sense to find more effective ways of using water, but it is also our responsibility to do so. Did you know that it takes 3000 liters of water, using the drip system, to produce 1 kg of cane sugar?  [It takes 6 times more when flood irrigation is used!!!]  Did you know that about 90% of the water used in agriculture is not used by the plants – it seeps away and/or evaporates?

We have produced a hybrid coconut palm that now can produce 1kg of palm sugar [from the sap] consuming just 200 liters of water to produce that kilo of sugar.  This palm also happens to produce more than 5 times the quantity of sugar that sugarcane can produce per acre. You read it right – 500% more!

But can we further reduce in the dry summer season the water consumed? Approx.10,000 liters of water were required per acre per day. With our present water saving system, we recommend using  6000 liters per acre – a 40% saving. We experimented and then tried it out on a large scale and use it widely in all our farms. It is a very simple, cost-effective, and easy-to-install system. We call it the Deep Pipe System.

With this system, we give 75 liters of water per palm per day.  The actual requirement of water used by the adult palm for growth, productivity, and transpiration, is calculated at about 25 liters of water per day. Hence there can still be increased savings by further precision in water management.  We are experimenting, using sensors and better technologies, the ideal depth, and the quantity of water that is needed.  When we have success we will be happy to share that information too.

How to install Deep Pipe System?

The video below shows you how to install this simple system. Unfortunately, when we had planned to make this video it rained very heavily the night before and the ground was already wet and saturated with water.  However, the concept shown to you can be copied very easily.  Use a crowbar to punch 4  holes two meters away from the base of the palm to a depth of 1 meter. One can use old or reject or second-hand pipes, [1/2” in diameter is more than adequate] that are slipped into the holes to prevent mud collapsing into the holes. The four micro tubes releasing water on the surface of the ground should be put into the pipes releasing water at a 3 ft depth. That’s it!  As simple as that.   Depending on where the root zone actually has grown, based on the previous irrigation system, one may need to adjust the depth or the distance from the palm, until its root system grows into the wet zone.  The hotter and drier the summer is, the deeper you can put down the deep pipe system.  Most water today is lost to evaporation, and when extra is given, sinks below the root system, taking the nutrients and fertilizers along with the runaway water.  Very wasteful indeed. With greater accuracy in this system and with fertigation, a lesser quantity of fertilizers will be needed.  This leads to greater productivity, cost, and water savings.